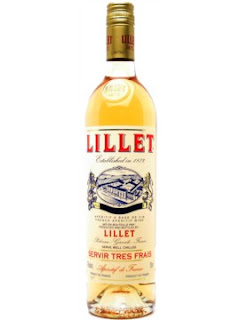 One man’s prawn cocktail is another man’s pancetta, and it’s amazing how quickly fads come and go. In the food, bar, and fashion industries, these days, there’s maybe a little less emphasis on the ‘luxe’, which is undoubtedly a direct result of the global economical meltdown. There’s a surge in nose-to-tail cooking, people are slowly admitting that maybe less is more, and Primark has taken over the high street. Liver and onions are all very well, however I confess to having yet to brave a £14.99 faux-leather jacket. Michelin-starred or otherwise.

Second-hand chic is getting a look-in, and what’s even better is when you manage to get something for free that you can promptly chuck in a jute bag, feeling like you’ve done your bit . I was recently given a bottle of Lillet Blanc by my mum, who in turn had been given it by a friend for the reason that she didn’t think she liked it, despite having never opened the bottle.I think it’s called freecycling. I call it good fortune.

Now, I’d consider myself to be fairly ‘up’ with the drinks world, but I have to confess to never having come across this particular tipple before. It’s all vintage label, purports a fantastic heritage (depuis 1872) and is the only vermouth from Bordeaux. The French pretty much trade-marked the aperitif, and so I was optimistic.

Lillet Blanc is a blend of 85% fortified wine (Sauv blanc and Semillon grapes) and 15% liqueur. This is the tasty bit, as it’s made with a blend of Caribbean, North African and Spanish oranges, along with quinine. The story goes that the recipe for Lillet’s original incarnation, known as Kina Lillet, was toned down recently to diminish some of the more characteristically bitter flavours.
I tried it chilled, with the recommended lemon slice, and loved the rich mouthfeel, and sweet citrus flavours.

Kina Lillet has a particular fanbase, courtesy of Bond, James, who got tucked into many a Vesper martini, after it first appeared in Ian Fleming’s 1953 novel Casino Royale…

“Just a moment. Three measures of Gordon’s, one of vodka, half a measure of Kina Lillet. Shake it very well until it’s ice-cold, then add a large thin slice of lemon peel. Got it?”

“Certainly, monsieur.” The barman seemed pleased with the idea.

Thanks to a mention in the two most recent Bond films, Daniel Craig has had more than a bit part in the resurgence of both this particular cocktail’s , and also Lillet’s popularity .

Apparently Rick’s in Edinburgh serves the Vesper, and given they’ve just had a big re-fit, this is probably a good time to head on down . For those who remember Edinburgh before the days of Tigerlilly, Le Monde, Opal Lounge and Tempus, Rick’s almost takes doyenne status as one of the original and best cocktail bars in the city. It’s been winning awards since 2000, and certainly knows how to give a bit of luxe. I wonder if they’d forgive me for wearing Primark though?