Checkpoint is the now-permanent incarnation of the space that previously existed as a festival a pop-up. Open all day, every day and situated in the heart of student-land, the team behind this massive dining space are clearly keeping their options open. Emily and I visited on a quiet Thursday evening, and found a place with potential as big as its square meterage. 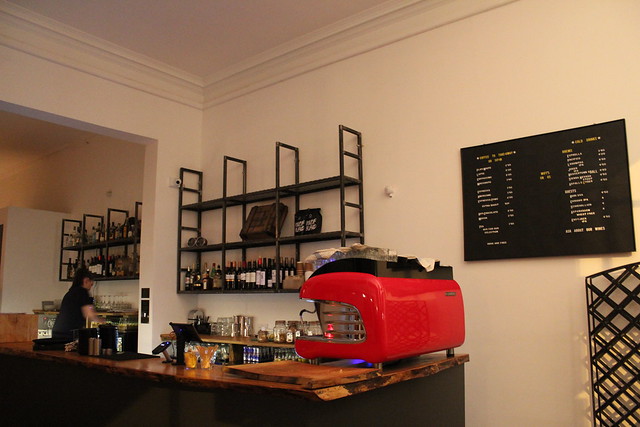 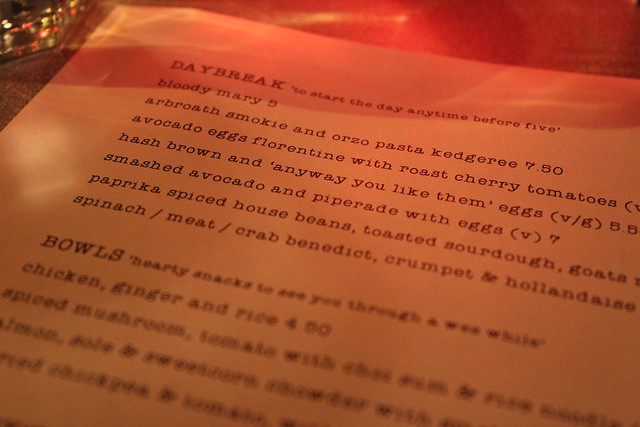 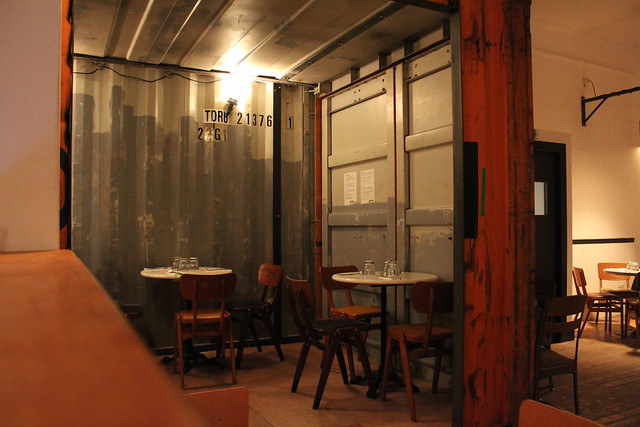 The design is functional, utilitarian. The menu sections and choices could be described as eclectic. More truthfully, I’d say lacking in focus. Having said that, our server’s recommendation of a Negroni and an Old Fashioned made for a spot-on opener, as did the buttery nocellara olives. 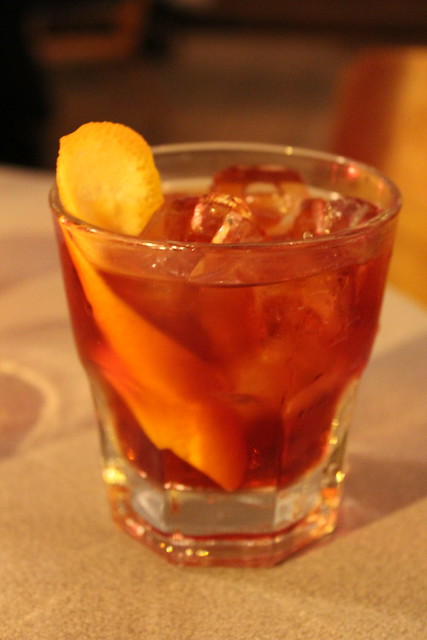 We then shared a salad Niçoise with beetroot cured salmon (£5) from the ‘Salads’ section and pork & prawn spring rolls with garlic soy sauce (£5) from the ‘Extras’ section. Despite finding the cured salmon itself a little too ‘fishy’, the rest of the Niçoise was textbook. A soft-boiled egg with still runny yolk, crisp green beans, kalamatas and sweet red onions. The little spring rolls with their tangy dunking sauce were also a savoury delight; generously packed meat filling inside, super-crunchy outside. 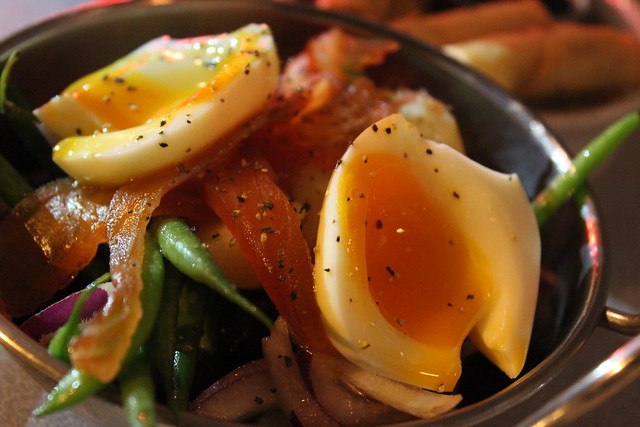 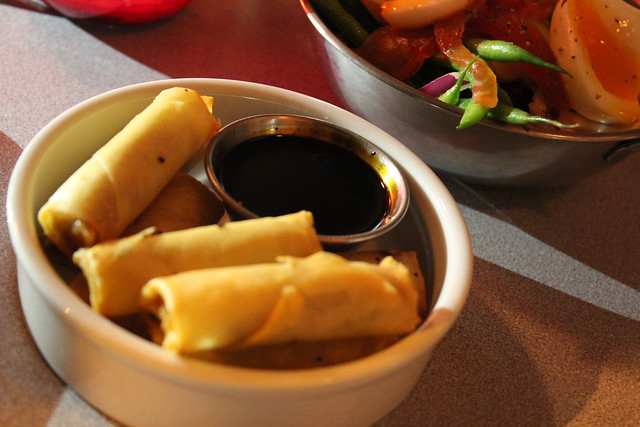 From the ‘Substantial Stuff’ section we opted for Beech-smoked grouse breast with celeriac, chestnut & fine beans. For £9, this was amazing value. The seared slices of seasonal bird were tender with that hint of iron, served with a particularly luscious jus, tender celeriac, candy-esque roast chestnut and crisp parsnip game chips. Sad, dried-out green beans an incongruous feature on an otherwise perfect bistro dish. 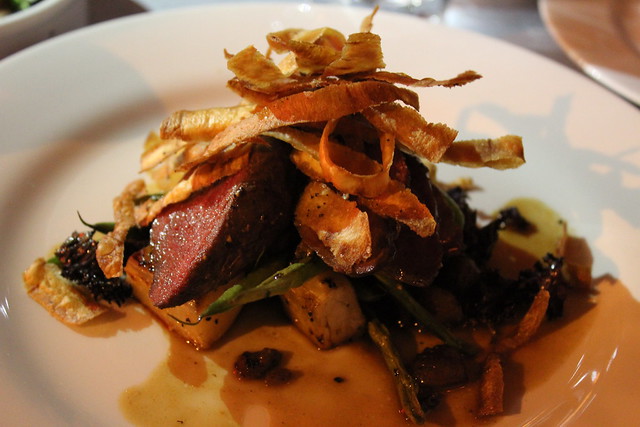 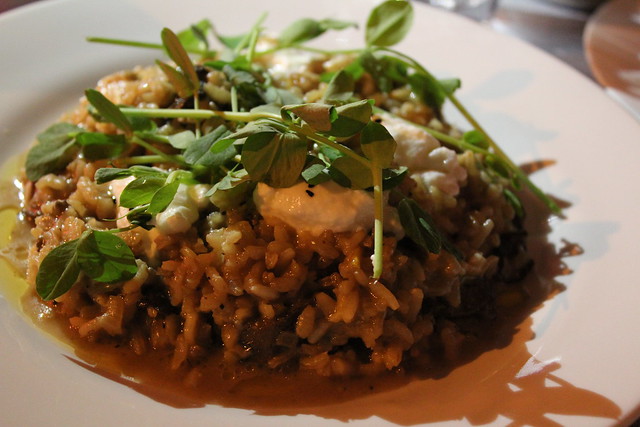 We also shared a whopping plate of risotto with winter chanterelles (£9). This was an interesting riff on the oft-familiar rice dish, featuring creamy goat curd, fresh peppery watercress, aromatic onion seed and the golden chanterelles. A little less salt in the stock would have allowed for full marks.

From the ‘Treats’ section I had an overly-jammy, underly-crunchy apple and plum crumble with vanilla ice cream, and Emily the Crème Brûlée with very un-seasonal strawberries & shortbread (both £6). The  brûlée sported a sugar crust so overly thick and robust it was close to requiring an ice pick to pierce the hard surface. The thin layer of thick custard below was so-so. 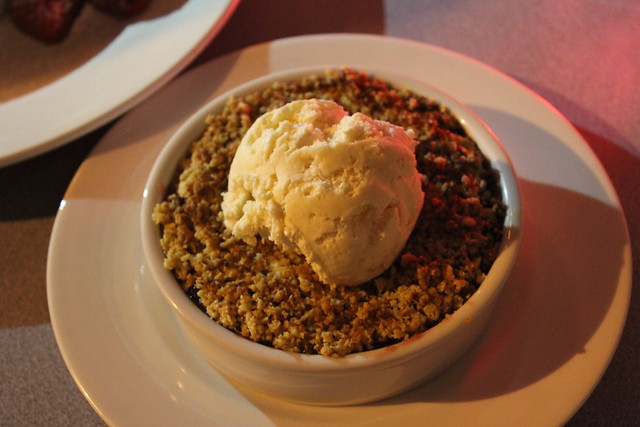 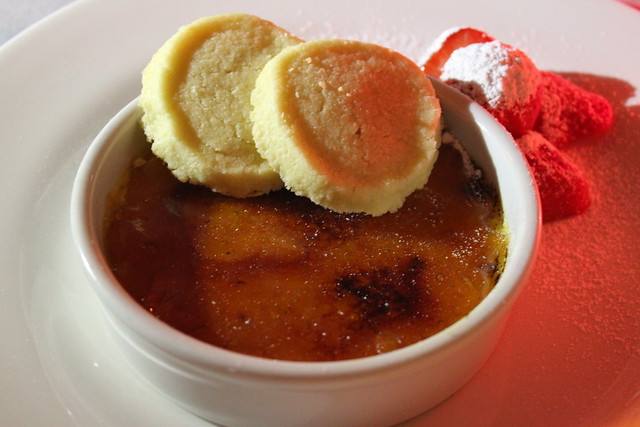 Showing so much promise, I think a little more time is all that’s needed for Checkpoint to find its feet.