The Whiski Rooms, situated in a former bank premises, offer a friendly spot to indulge in Scotland’s famed amber spirit both in the glass and on the plate. I recently went for a catch-up dinner with my pal Janet. 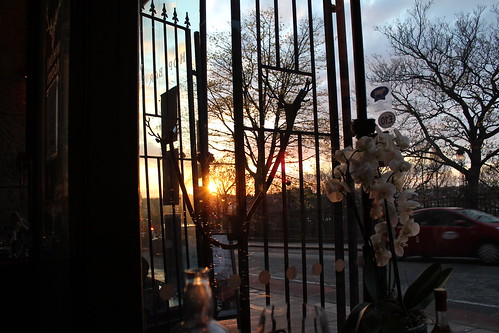 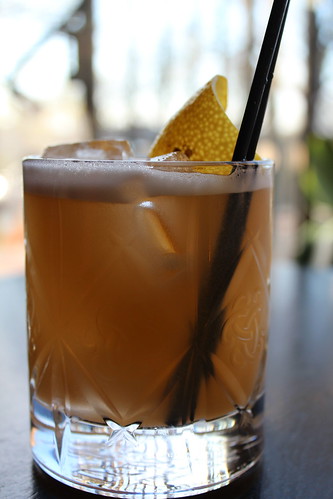 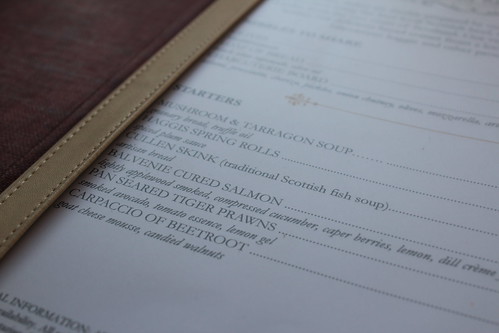 I started with an expertly-fixed Whisky Sour; always a good opener to any evening. The menu is traditional of the starters/mains/dessert variety, but what surprised (sometimes successfully, other times not) were some more modern slants hidden amongst the ‘Scottish’ classics. Janet’s Macsween haggis spring rolls (£6.95) were crisp on the outside, moist on in the inside and the almost cliché plum sauce was brightened with a slightly fiery kick. 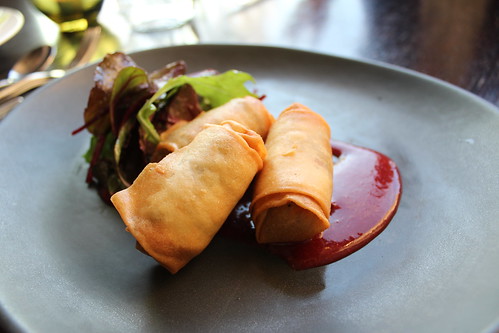 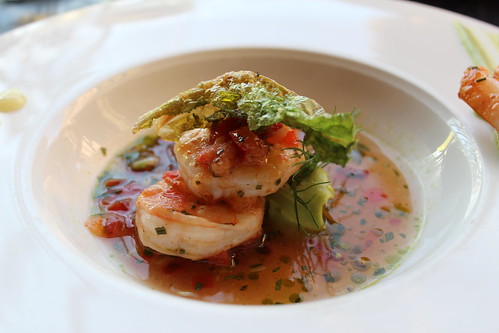 My starter was a conundrum. Pan-seared tiger prawns with smoked avocado, tomato essence, lemon gel (£7.95). Offering displays of fine dining genius and folly in a single dish. Four giant, perfectly-seared king prawns in a tomato consommé showcased lightness and skill. Unfortunately perfection was nixed by a generous smear of smoked avocado on the edge of the plate (perhaps a texture-contrasting croûton would have justified it). On the other plate edge, four dots of incongruous lemon gel evoked thoughts of lemon meringue pie filling. 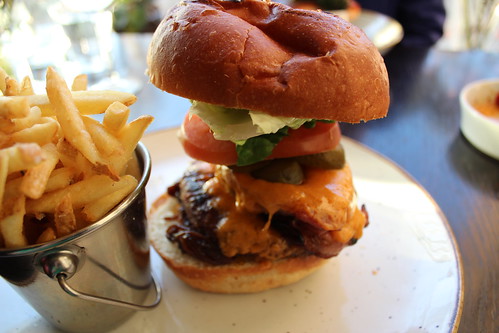 The beef burger (£14.95) was next, served with melted smoked cheddar, bacon, whisky-infused onion chutney and fries. This was a beazer of a burger; soft brioche bun, gherkins aplenty, tomato, little gem and accompanied by awesomely crisp fries. My hunch is the burgers arrive pre-formed, but it was cooked to juicy point regardless, the fixin’s  adding all the pizzaz. 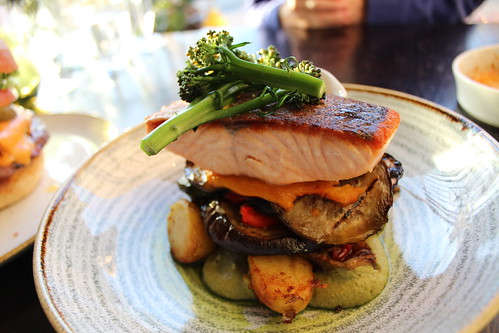 Sweets irritated more than indulged. I can get on-board the ‘de constructed dessert’ bandwagon, however the cranachan (£6.95) simply didn’t work. Chunks of solid flapjack represented the oats, whipped cream spiked with an unsympathetically peaty whisky was off-putting, as where the sour whisky-soaked strawberries. Home-made honeycomb and tuile redeemed my faith. 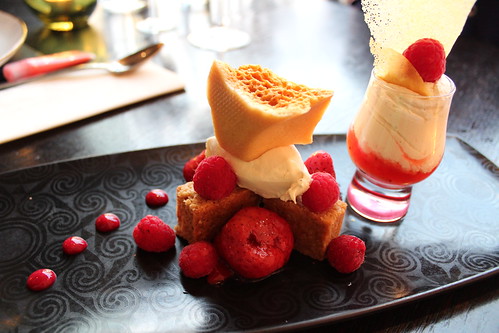 My treacle tart (£7.50) was decent with its pleasingly sweet filling, and quality ice cream, however the drizzle police should have been called to stop the unnecessary plate adornments of chocolate sauce, spiced berry coulis and honey. A honeyed Dalwhinnie 15year old made a great partner, regardless. 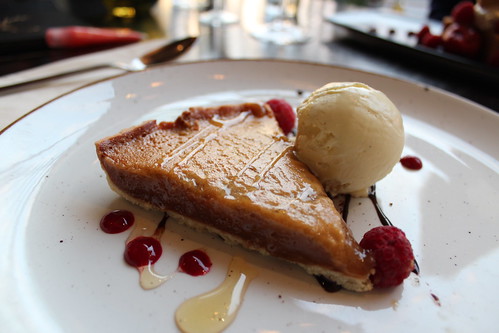 There’s enough promise in the quality ingredients, welcoming atmosphere and spot-on location that would make me curious to visit again; not least a chance to further explore that whisky list!